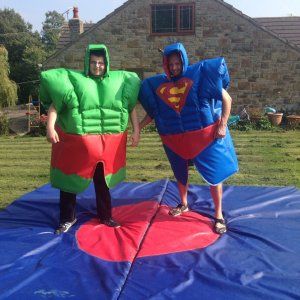 The earliest written mention of Sumo is found in the Kojiki (Record of Ancient Matters), a book from the year 712, which is the oldest example of Japanese writing. The Kojiki relates a legend about how possession of the Japanese islands was determined by a Sumo match 2,500 years ago between the gods Takemikazuchi and Takeminakata. The two men grappled on the shores of Izumo along the Japan Sea coast until the latter finally lost.

Obviously, you'll care about Sumo's history as you're grappling with your best mate in the garden. Just don't say we didn't try to educate you.